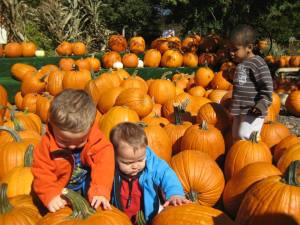 Some things about adoption are hard to admit. And some things about biological children are hard to admit. I hesitate to be too forthcoming because my sons will read this blog someday. (If I can ever find the time or money, I will totally make this into a book or photobook or something. They will be all like, “Ugh, Mom, that’s so stupid. Who cares?! Stop talking!”) But here is one nugget that I have recently allowed myself to admit:

By the way, I never say “adopted son” unless I’m at the doctor. But here it seemed necessary to the sentence. I don’t want to be Mr. Royal Tennenbaum and introduce you to “my adopted daughter Margot.” Just as it’s important to say “the child with autism” (rather  than “the autistic child”), it’s important not to let “adopted” become that child’s adjective. Adoption was something that happened to him one time: on the day he was born.

Anyway, about that independence… My oldest son didn’t come from my body. As a result, I didn’t have the hormones that come along with pregnancy and birth. Adoptive mothers are still given the gift of that  lovely cuddling-induced hormone oxytocin, though, so we still bonded. But I never had to wrestle with that bittersweet feeling of watching him grow inside of me, and then grow outside of me. He came as a fully separate human being from me.  Therefore, when he started to crawl and walk away from me, it didn’t hurt. It was celebratory. I cheered him on. I see him doing things by himself and I have surges of pride.

Something weird is happening in my brain as my “biological sons” (again, I promise I don’t use that phrase in conversation) are learning to walk. I am feeling a wee bit, um, mad at them. Am I crazy?! Do other moms feel this way? In the newborn phase, they cuddled me because of gravity. Gravity forced them to rest against my chest. Then, in the baby phase, they actually cuddled me because they wanted to be close to me. Now, in the toddler phase, they are separate human beings with their own will. Sometimes that stings. It stings the momma who felt like they were part of her body for nine months of gestation and then one year of baby-dom. I am proud of them, but it stings, too.

To quote Raising Arizona (the best movie about infertility and child-stealing ever made): “Course I don’t really need another kid, but Dot says these-here are gettin’ too big to cuddle.” And that’s the “crux of the biscuit” right there. (Obscure Frank Zappa reference thrown in there for my Dad.) I have mommy guilt, and now I have mommy sadness. It’s not about them walking- it’s about me! I’m so sorry, kids, but you have to deal with me putting my issues all over you.

1)      I never had enough arms or time to cuddle them the way they needed, and now it’s too late = guilt

As anyone who has watched a baby grow up knows, once he can move, that’s all he wants to do. Babies who can move are constantly on the move. If you’re lucky, you might get a few minutes of cuddles when they are falling asleep, waking up, or feeling sick.

However, I am noticing that the amount of children one has is inversely proportional to the amount of cuddling one receives. I may get one twin to cuddle for five seconds before he is distracted by one of his brothers doing something more exciting. I have been pushed aside for the wonderful world of movement, brothers, and distraction.

It’s the natural order of things. It is beautiful and wonderful and terrible.

8 thoughts on “Some Things about Adoption vs. Biology are Hard to Admit”