During my first year of teaching kindergarten, a more experienced teacher kindly said to me, “Sometimes being a good teacher just means showing up again the next day.”

I never forgot that.

Every teacher struggles tremendously during the first years. I had a student with some serious emotional challenges that I really was not equipped to handle. I went home and sobbed to my husband that I wasn’t going back, he couldn’t make me, and I was going to work at Walmart. Somehow I managed to go back to school the next day, and the next day, and the next day. I wasn’t the best teacher for that boy who was struggling, but we struggled together. I remember trying to approach him from a different angle the next day: I kneeled down, at his eye level, and very gently painted his hands with an empty paintbrush. He looked me in the eyes. Everything was not smooth sailing after that, but it was a start. I was an emotional wreck sometimes, and I could have done a thousand things better and differently, but I did the best that I could at the time.

And I tried again the next day.

And the next day.

Now that I am in the belly of the beast of motherhood, I recall that lesson I learned from that wise teacher and that hurting child. Being a good mother means showing up and trying again the next day. 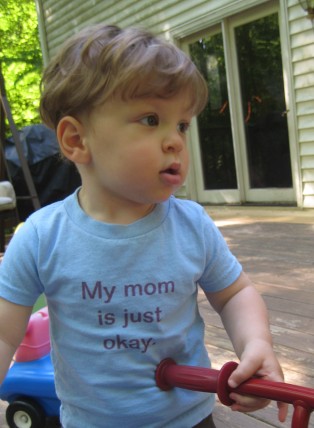 My Mom is Just Okay

We have some really bad days around here. I don’t subscribe to the “rainbows and unicorns” mentality. Adoption is not easy. Sometimes it’s not even pretty. Or nice. And saying that doesn’t disrespect my child. In fact, it’s the opposite. Being honest about these feelings gives my child respect, because I respect him enough to give his feelings room to just… be.

And having twins is not easy. Sometimes it’s not pretty. Or nice. And having a child with special needs is … well, gut-wrenchingly painfully invisibly hard. It keeps a mother awake at night, going over every single thing she did wrong. Beating herself in the chest for the ways she wasn’t patient enough or sympathetic enough or just ENOUGH. Or that she hasn’t researched enough, dug deep enough, learned enough.

I have had to come to terms with the fact that I absolutely cannot be ENOUGH for any of my children. Maybe if they were all perfect singletons with no special needs. Maybe if their human and flawed mother didn’t have migraines, or anxiety…. just imagine how much better she could do. But, this blog isn’t called “Okayest Mom” for nothing. I’m okay, and I know it, and that has to be ENOUGH. I’m getting there.

All of that emotional vomit is just to say: I try again the next day. That is what makes a me a good mother.

There are meltdowns and problems so serious here that it makes me feel like giving up, for real. (I don’t mean to vague-post, but I need to protect the confidentially of my children and their medical privacy, of course.) But what does “giving up” mean, exactly, when you’re a mother? That I wouldn’t get out of bed and feed them? That I would walk to the mailbox and keep on walking? That I would drop them off at their grandma’s house and not come back? Believe me, thoughts like these have crossed my mind. (And if they haven’t crossed your mind, too, maybe you don’t have the challenges we have in this house. You can’t know, and I can’t know, unless we move in with each other.)

But I haven’t. I haven’t given up. I try again the next day, no matter how tired or how completely empty my tank is.

I have heard myself, and other mothers too, say with our Mama Bear passion that we would fight for our children. There have been times that I have fought hard for my children – for county services, medical attention, and even respect. Any mother knows that Mama Bear feeling. We have all been there and done that. Mother to mother, we know that we have all fought for our children in times of crisis.

But I have realized that “fighting for my child” sometimes means just showing up again the next day. It’s the constant, mundane, day-to-day stuff. It’s the meltdowns. It’s the challenges. It’s the invisible problems. It’s the days when you want to give up. It’s trying again.

That is fighting for your child. 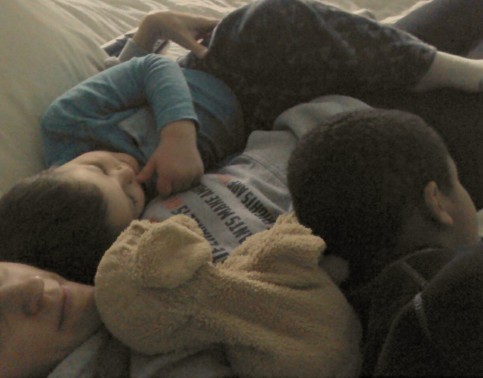 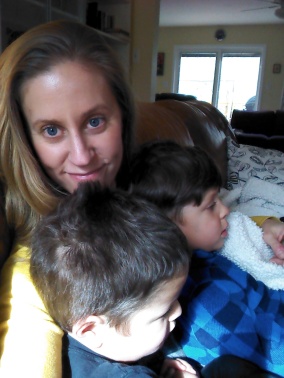